Caipirinha – The National Cocktail Of Brazil 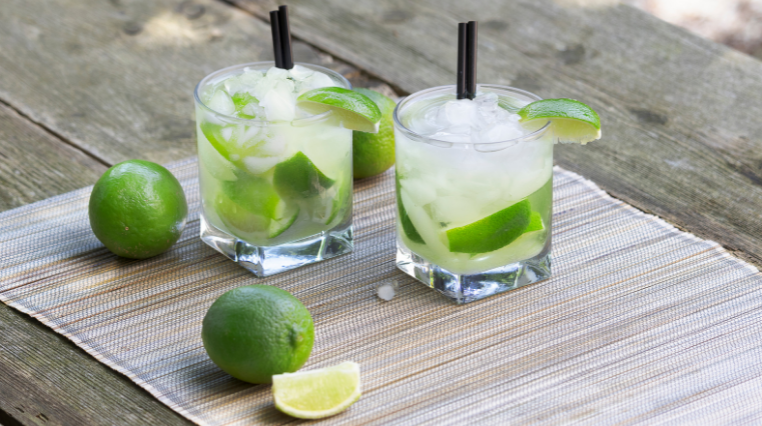 Caipirinha is a refreshing Brazilian cocktail made with cachaça, sugar and lime. Cachaça is a type of distilled alcohol made from fermented sugarcane juice.

The Caipirinha is a simple drink to make, but it is important to use quality ingredients for the best results. Cachaça is available at most liquor stores, but for the best flavour, look for a brand that is produced in Brazil. The sugar and lime should also be fresh.

The Caipirinha is believed to have originated in the region of Piracicaba in the 19th century. It gained popularity in the city of Sao Paulo and eventually spread to other parts of Brazil and the world.

What is the main alcohol in a caipirinha?

The main alcohol in a caipirinha is cachaça, which is technically a type of rum. Cachaça is made from sugarcane juice, and it has a strong, earthy flavour. It can be difficult to find outside of Brazil, but it is worth seeking out for the best flavour. You can also use rum in a pinch, although the drink will not taste quite the same.

Caipirinha is a Brazilian cocktail made with cachaça (a sugarcane-based spirit), lime, and sugar. It has a refreshing and tart taste, with a hint of sweetness from the sugar. Caipirinha is traditionally served in a small glass or tumbler and is a popular choice for summertime drinking.

What rum is in a caipirinha?

A caipirinha is a Brazilian cocktail made with cachaça (a sugarcane-based spirit), lime, and sugar. Cachaça is a type of rum, so technically, a caipirinha is made with rum. However, because cachaça is such a unique spirit, it’s worth discussing separately.

If you are in a pinch you can substitute the cachaça for rum or vodka, but it does give the drink its unique flavour so if you can, we recommend using cachaça.

What kind of liquor is cachaça?

Cachaça is a type of liquor that originates from Brazil. It is made from distilled sugar cane juice and has an alcohol content between 38% and 48%. Cachaça is typically clear in colour, but it can also be found in a variety of flavours, including fruit-flavoured varieties.

Cachaça like rum is distilled from sugarcane, but it is considered to be a different category of liquor due to its unique production process. Cachaça is can be consumed neat or with a mixer, but it is also used in a number of Brazillian cocktails, such as the Caipirinha.

Cachaça is a versatile liquor that can be used in a variety of cocktails or enjoyed on its own. Whether you’re looking for a refreshing drink to enjoy on a hot day or a unique ingredient for your next cocktail party, cachaça is a great option to consider.

How do you make cachaça?

Cachaça is made by distilling fermented sugarcane juice. It’s most commonly associated with Brazil, but it’s actually produced in several other countries, including the Philippines and Haiti. Cachaça has a unique flavour profile that is different from traditional rum. It is often described as being earthy, grassy, and slightly sweet.

To make cachaça, sugarcane is first harvested and then crushed to extract the juice. The juice is then fermented with yeast, which converts the sugars into alcohol. Once fermentation is complete, the liquid is distilled to produce cachaça.

Cachaça can be enjoyed on its own or used in cocktails. Popular cocktails that feature cachaça include the Caipirinha and the Batida. If you’re looking to try something new, consider making a cachaça-based cocktail at home!

How do you make a real caipirinha?

The caipirinha is a refreshing cocktail made with cachaça, sugar, lime, and ice. Cachaça is a type of rum made from sugarcane juice, and it’s what gives the caipirinha its signature sweetness.

Here’s how to make a caipirinha:

How do you make a caipirinha without cachaça?

Even though cachaça is becoming more mainstream, you might not have to hand. So, how do you make Caipirinha without cachaça?

What’s the difference between caipirinha and Caipiroska?

Speaking of making Caipirinha with vodka. A Caipirinha is a Brazilian cocktail made with cachaça, sugar and lime. Caipiroska is a variation of the caipirinha that substitues cachaça for vodka. Both cocktails are refreshing and perfect for a summer day!

What is the difference between a mojito and a caipirinha?

A mojito is a Cuban cocktail that traditionally contains five ingredients: white rum, sugar, lime juice, sparkling water, and mint. A caipirinha, on the other hand, is a Brazilian cocktail that consists of cachaça (a type of sugarcane liquor), sugar, and lime. While both cocktails are refreshing and flavorful, they definitely have their own unique taste and personality. So, if you’re looking to try something new, be sure to give both a mojito and a caipirinha a try!

Caipirinhas and margaritas are both refreshing, citrusy cocktails that are perfect for summer sipping. But while they may share some similarities, these two drinks are actually quite different.

For starters, caipirinhas are made with cachaça, a Brazilian rum-like spirit, while margaritas are traditionally made with tequila. Cachaça is made from sugarcane, which gives it a slightly sweeter flavour than tequila. Margaritas also usually contain Triple Sec or another type of orange liqueur, while caipirinhas do not.

Another key difference is in the way these cocktails are prepared. Caipirinhas are muddled, meaning the lime is smashed with sugar to release its flavour. Margaritas, on the other hand, are shaken (sometimes with ice) to create a frothy, icy drink.

So, while caipirinhas and margaritas may both be delicious summer drinks, they are quite different in terms of ingredients and preparation. So, if you’re in the mood for a cachaça-based cocktail, go for a caipirinha. But if you’re craving something with tequila, a margarita is the way to go.

What is caipirinha in English?

Caipirinha is a Brazilian cocktail and the name itself in English literally means “little rural one” or “country bumpkin”, but in Brazil, it has come to refer to the drink itself.

Cachaça is a distilled spirit made from sugarcane juice and is the main ingredient in a caipirinha. The sugar and lime help to balance out the cachaça’s natural sweetness and the drink is usually garnished with a slice of lime.

Caipirinha is a refreshing cocktail that is perfect for summertime sipping. If you’re looking for a taste of Brazil, give this classic cocktail a try.

Enjoy the traditional flavours of this refreshing cocktail made with cachaça, sugar, and lime at Beleza Rodizio. Caipirinhas are the perfect drink to enjoy on a hot day or to pair with a hearty meal. Experience the true taste of Brazil at Beleza Rodizio. Book today.

Caipirinha - The National Cocktail Of Brazil

How to get the most out of my Brazilian steakhouse visit?

What's there to do in Kingswood Retail Park?

What does Beleza mean?

- CONTACT US - © 2022 All Rights Reserved
You can login using your social profile
Install social plugin that has it's own SHORTCODE and add it to Theme Options - Socials - 'Login via Social network' field. We recommend: Wordpress Social Login